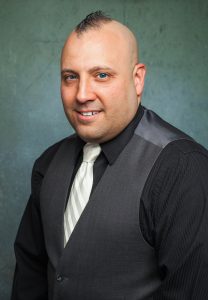 Chris Bartosik, owner of the award-winning wedding DJ and event production company Raptor Productions, has cultivated a lifetime of experience throughout the music industry from a young age. Chris had an active childhood and spent his time pursuing both music and athletics, including soccer, track, and basketball. He grew up in several states across the eastern seaboard, including Virginia, South Carolina, Georgia, Missouri and Alabama.